All set to compare HP 27ES vs 27ER, I’ve found they differ in contrast and price. The 27ES monitor is more expensive, and all the major difference between these two HPs is due to two times higher dynamic contrast in the 27ES model, which works great for digital artists and movie buffs.

So, the main opposition of HP 27ER vs 27ES is the contrast. It makes 10 million to 1 in the 27ES model versus 5 million to 1 in the 27ER monitor. Meanwhile, the static contrast is equally high in both making 1,000:1. Both models are relatively bright (250 nits) LED IPS panels with wide viewing angles both horizontally and vertically). The refresh rate makes 60Hz, and the input lag makes 7ms.

The review of the HP 27ER vs HP 27ES image sets out a slight difference in the overall detail and color accuracy. While the 27ER model produces sharper contours and consistency for video, the highlights of the 27ES are deeper blacks and better color distribution, as well as sharper contrast in the static pictures. The picture is colorful at 16.7 million colors, though it cannot compete with more expensive models. The displays are crisp in the dark and dim environment but look less contrast in the well-lit room.

One-legged stand with the square horizontal frame (27ES) and two-legged one with the square plate (27ER) have the same -5/ 25 tilt and don’t rotate. The perfect match will depend on your personal preference as the monitors have the same physical parameters (24.5 x 7.7 x 17.9 inches, the screen is 27-inch in diagonal).

That’s another point for the comparison of HP 27ES vs HP 27ER being irrelevant. Both monitors lack audio inputs but provide two HDMI 1.4 ports and a single VGA connection. 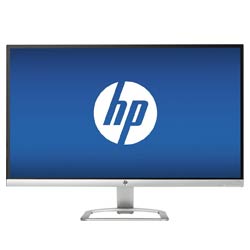 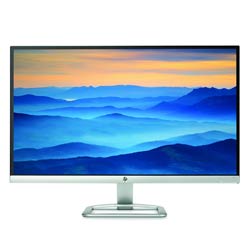 has not
has not

We have taken into account Monitors technical specs, prices, consumer opinions at Amazon and can give you chart below.

The best monitor is HP 27er. Check Price at Amazon